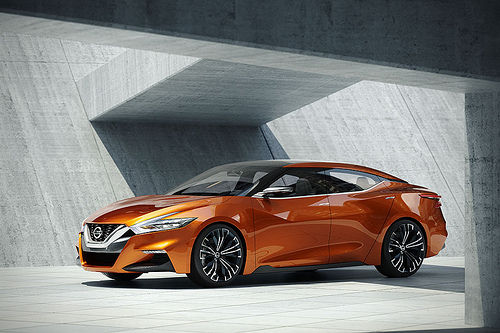 Not yet in production, this zealously styled Nissan Sport Sedan Concept could mature to be the next Maxima when it comes to assembly line time. With the concept's V-Motion front-styling and edgy appearance -- due to its lower stance, short roofline and wide windshield -- this geometrically designed sedan is very different to anything on show in Nissan's lineup.

With a 300-plus-horsepower engine, a continuously variable automatic transmission, an extended wheelbase giving the car its sports-car-like posture, LED boomerang-like headlights and rear taillights and contemporary 3-D like lavish interiors, the new Nissan Sports Sedan concept will undeniably be in demand when it comes out.
0.5
Score
Popularity
Activity
Freshness
Access Advisory Services