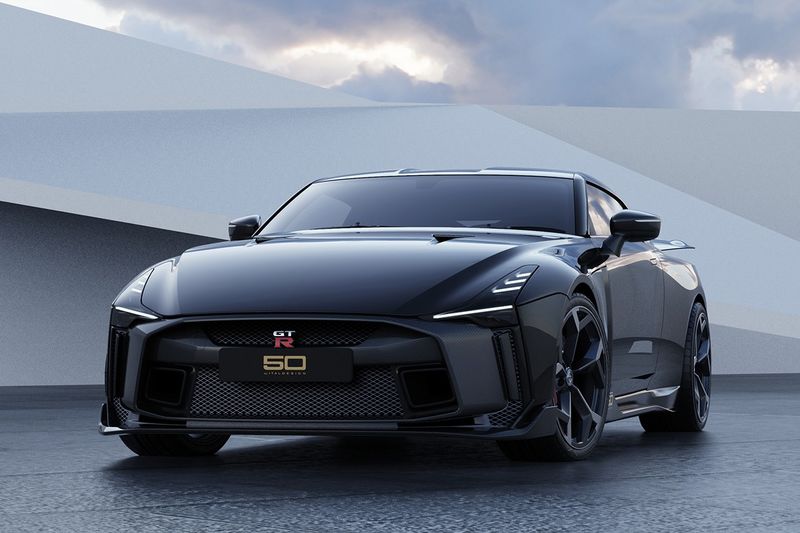 The Nissan GT-R50 Will Be Officially Released in 2020

Daniel Johnson — December 10, 2019 — Autos
References: nissan-global & hypebeast
It was officially announced that the 'Nissan GT-R50' will be released in 2020. The car was initially designed to mark the 50th anniversary of the GT-R, as well as Italdesing's 50th anniversary, which both took place in 2018. Since then, the Nissan GT-R50 has been marked for a limited production of only 50 models. The car is available in black, white or blue for an approximate price point of $1,165,000.

The Nissan GT-R50 features a 3.8-liter bi-turbo v6 engine. The engine is able to produce 711 BHP as well as 575 lb-ft of torque. Additionally, the car is equipped with Nissan's all-wheel-drive system, which means that drivers will have control as well as power when operating the car.