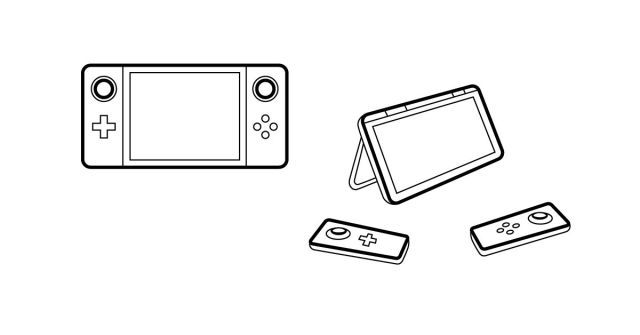 The Upcoming Nintendo NX System Will Have Detachable Controllers

Joey Haar — July 27, 2016 — Tech
References: nintendo.co.jp & arstechnica
Share on Facebook Share on Twitter Share on LinkedIn Share on Pinterest
Though there's still frustratingly little information available about the elusive Nintendo NX, the gaming giant's next console set for release in 2017, the system seems to be a portable device that will serve as a gaming console in itself, but it will also come with the ability to plug into HDTVs. Concept sketches depict the system as a standalone unit, similar in appearance to the Nintendo DS, with detachable controllers that will allow for gaming on the local screen or through a connection to a TV.

Beyond aesthetics, the console will likely incorporate an Nvidia Tegra processor; the same processor behind tablets like Google's Pixel C and Nividia's own Shield Android TV console. Though the Tegra won't have quite the power of the processors in the Xbox One or PS4, it uses only a fraction of the battery, meaning that gamers will be able to use the Nintendo NX for longer when taking advantage of its portability.
1.7
Score
Popularity
Activity
Freshness
Get the 2021 Trend Report FREE