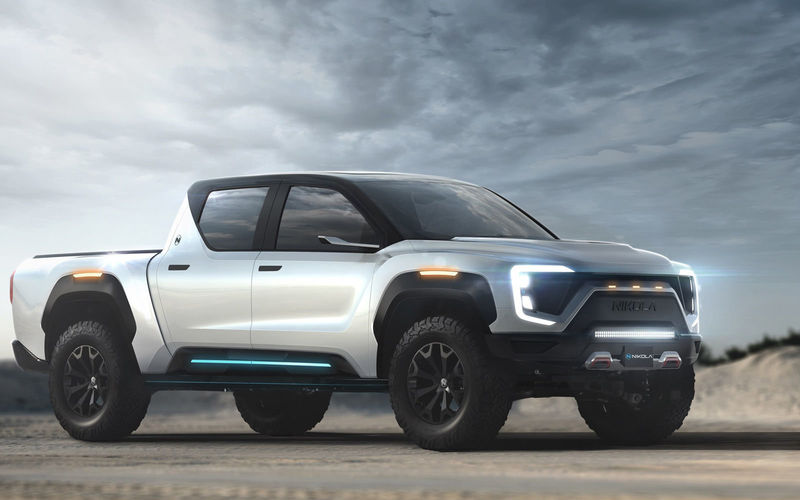 Daniel Johnson — February 11, 2020 — Autos
References: prnewswire & engadget
Nikola Motors recently revealed a new truck with a hybrid fuel cell and a maximum range of 600 miles. The truck ins named the 'Badger,' and all of the details of the truck will be released at the company's Nikola World 2020 exhibition, which takes place in September. The truck will also be available in an entirely electric version, which will have a reduced range of 300 miles.

The 'Badger' will be able to tow up to 8,00 pounds of cargo, and it can accelerate to speeds of 60 mph in 2.9 seconds. Nikola Motors will also build 700 hydrogen filling stations in order to address any potential concerns around refueling. A number of locations have already been selected, and will be announced during this financial quarter.