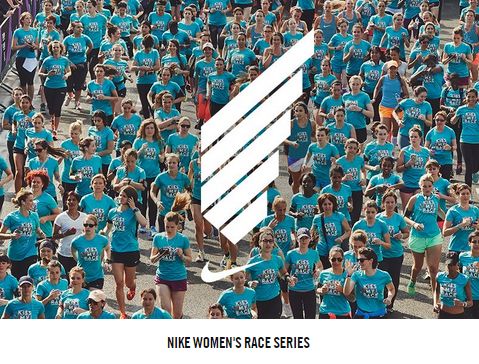 Meghan Young — March 4, 2015 — Lifestyle
References: nike & news.nike
Share on Facebook Share on Twitter Share on LinkedIn Share on Pinterest
The Nike Women's Race Series is part of a larger movement that will inspire women to be healthy and active this year. Encouraging community as much as fitness, it brings like-minded women together in a way that solidifies the brand as a culture, not simply a retailer. Bolstered by its ever-present slogan, 'Just do it,' the Nike Women's Race series provides opportunities for women to push their limits in a supportive environment.

Taking over 20 cities around the world, the Nike Women's Race Series will be touching down in Toronto for the first time in June. One of nine cities joining the global event, people will be able to run alongside Sheila Reid, Canadian track and field athlete and member of the 2012 Canadian Summer Olympic Team, on Toronto Island with the city's iconic skyline in the background. Reid says, “The Nike Women’s 15K Toronto is about going farther, faster. It’s the only race designed to help women athletes of all levels crush their goals."