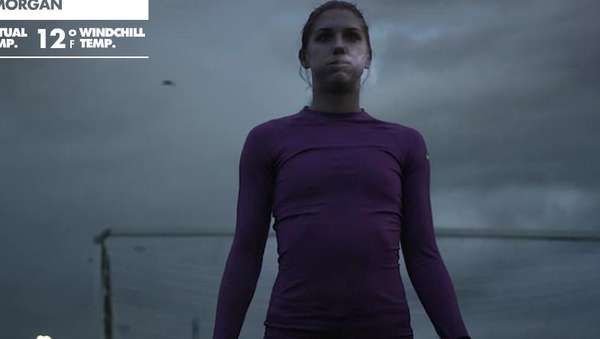 Nike 'Angry Winter' Campaign Wants You to Fight the Cold

Katherinev123 — December 8, 2011 — Tech
References: fightwinter.nike & popsop
Share on Facebook Share on Twitter Share on LinkedIn Share on Pinterest
The Nike 'Angry Winter' campaign is yet another innovative initiative from the mega sportswear brand. Asking people to fight against the dipping temperatures, the brand has launched a dedicated site featuring an interactive online game that requires you to help athletes -- Alex Morgan, Allyson Felix and Greg Jennings -- beat the cold.

The Nike 'Angry Winter' campaign aims to promote the brand's winter wear, which the featured athletes wear during the game. For example, Allyson Felix wears a waterproof Nike Element Shield Max Jacket and the Nike Lunarglide+ 3 Shield Shoe as you help her run against freezing rain. The game consists of three stages, and if you're the top scorer for any given day, you will win a Nike Fight-Back Pack, which is filled with the Nike gear of your choice: top, bottoms and shoes worn by the athletes in the game. According to Popsop, there is also a grand prize that gives the winner a trip for two to meet a top Nike athlete.
3.6
Score
Popularity
Activity
Freshness
Access Advisory Services