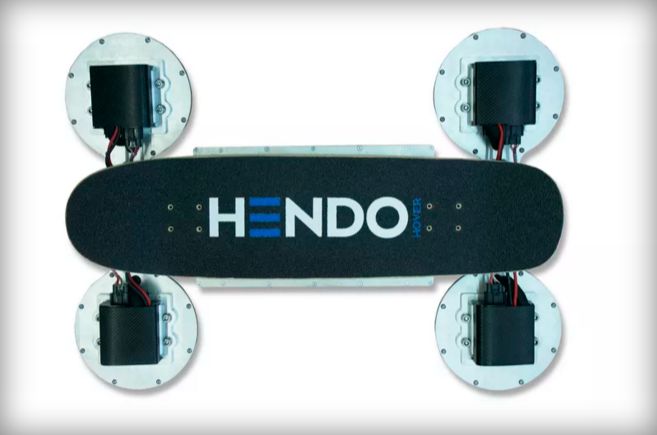 The New Hendo Hoverboard is Revealed by Arx Pax

Meghan Young — October 23, 2015 — Autos
References: hendohover & theverge
Share on Facebook Share on Twitter Share on LinkedIn Share on Pinterest
Although Back to the Future Day has come and gone, people are still obsessed with the culture it portrayed, including (but not limited to) modes of transportation such as the new Hendo Hoverboard. Teased last week, it has since been revealed to the delight of fans around the world. And it is quite impressive.

The new Hendo Hoverboard, which was designed in collaboration with skateboarding legend Tony Hawk, boasts a better battery life, USB connectivity, stronger hover engines and a safety kill switch. It may not look as futuristic as renderers envisioned last week, but it does look more rideable. Funded on Kickstarter, the latest design will be making its way to backers -- who paid $10,000 each -- in the very near future.
5.5
Score
Popularity
Activity
Freshness
Get Trend Hunter Dashboard