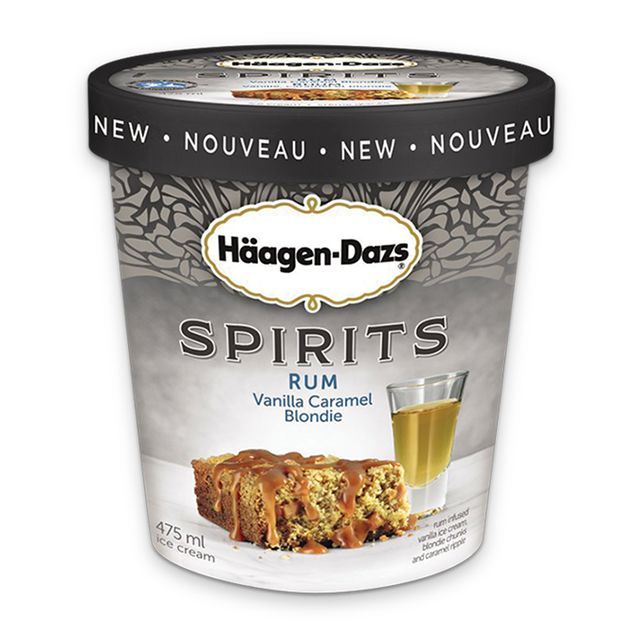 Riley von Niessen — January 10, 2018 — Lifestyle
References: haagen-dazs & thekitchn
Share on Facebook Share on Twitter Share on LinkedIn Share on Pinterest
Canadian consumers were recently graced with a new Häagen-Dazs flavor, which combines notes of vanilla and caramel with rum. In addition to these flavors, the ice cream comes with chunks of blondie, a brownie-like dessert that uses vanilla instead of cocoa.

The new flavor is a part of a larger line called Häagen-Dazs Spirits, which also includes four other flavors called 'Whiskey Chocolate Truffle,' 'Vodka Key Lime Pie,' 'Rum Ginger Cookie,' and 'Irish Cream Coffee & Biscotti.' All of the flavors are infused with real alcohol, however the ABV is less than 1%, making them safe to consume at any time.

Although the new Häagen-Dazs flavors are currently only available throughout Canada, they can be ordered online through Tipsy Scoop, or purchased at the brand's physical store in New York City.
4.9
Score
Popularity
Activity
Freshness
Get Better and Faster