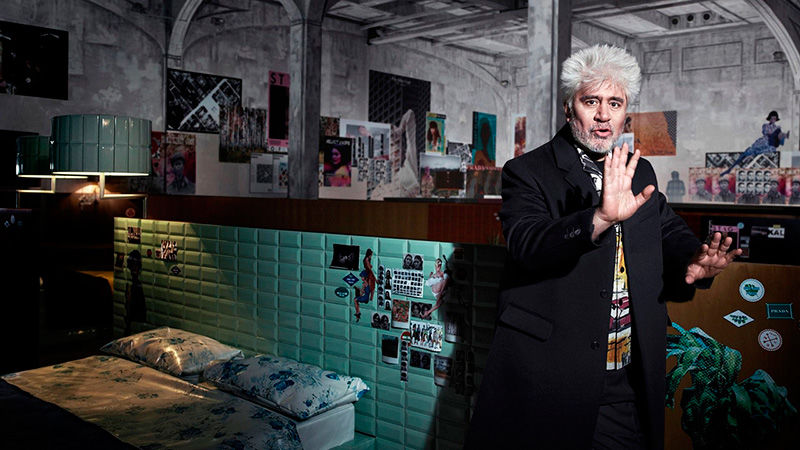 Riley von Niessen — June 13, 2017 — Luxury
References: prada & fuckingyoung.es
Share on Facebook Share on Twitter Share on LinkedIn Share on Pinterest
Willy Vanderperre, a Belgian fashion photographer and director who's perhaps best known for his collaborative work with designer Raf Simons, as well as his recent work with Calvin Klein for the shoot that stars the cast of 'Moonlight,' recently worked on the new Fall/Winter Prada campaign.

The Prada shoot focuses on Pedro Almodóvar, a Spanish film director, who's won the Academy Award for Best Foreign Language Film, among others. Throughout the campaign, Almodóvar wanders throughout what looks to be an abandoned hostel -- with the dark open concept space filled with beds of various sizes, as well as a variety of artwork that features the Italian luxury house's branding in an elegant manner.