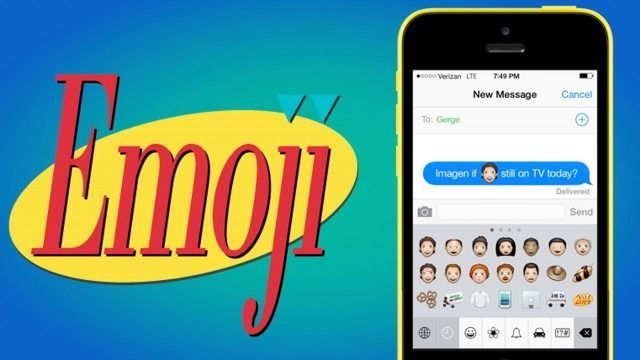 These Soon To Be Released, Brand New Emojis Are Inspired By Seinfeld

The spectacular emoticons are sure to enrich your textual communications. The app is currently awaiting approval from the Apple Store, but will hopefully be downloadable onto your iPhone 5s and Samsung Galaxy S5 smartphone devices soon.

In addition to your favorite core characters like Jerry, Elaine, George and Kramer, you can also relive some of the most iconic moments of the show through new emojis such as Newman's truck, the pirate shirt, marble rye bread and the classic Junior Mints.
4.5
Score
Popularity
Activity
Freshness
Attend Future Festival