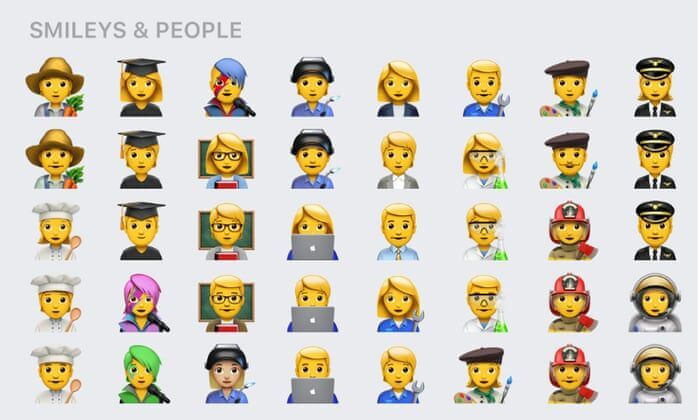 Apple Expanded its Emoji Offerings to Include Non-Binary People

Grace Mahas — July 8, 2020 — Tech
References: apple & theguardian
Share on Facebook Share on Twitter Share on LinkedIn Share on Pinterest
In an effort to be inclusive of the LGBT2Q+ community, Apple has updated its emoji offering to include gender-neutral options. These new options are available for its plethora of human poses include the Hair Flip, Twin, doctor, painter, golfer, cyclists, and vampire, among others.

Moreover, the new iOS 13.2 update also includes emojis that represent people who use a walking cane, wheelchairs, hearing aids, and mechanical arms and legs. The new additions come alongside the brand's selection of five skin tones that was released several years earlier. Currently, Apple offers over 3,178 emojis, compared to the 625 offered back in 2010.

As more brands understand the importance of representation, we can expect more inclusivity in technology.