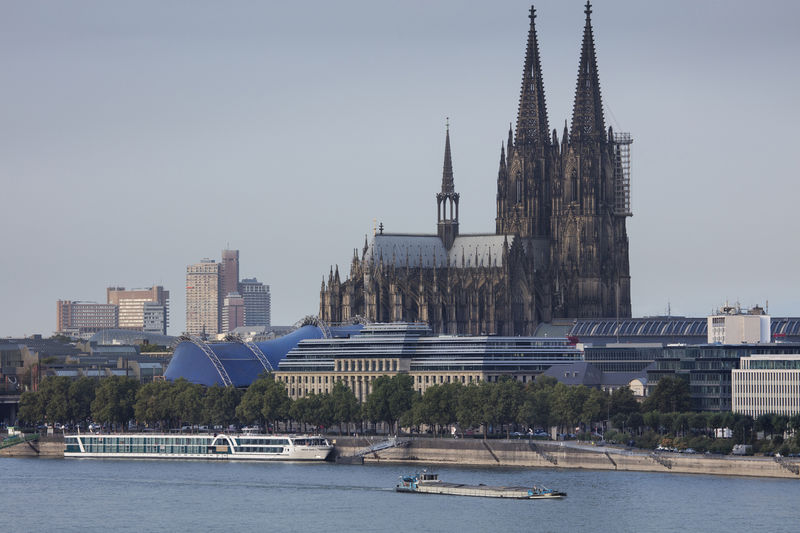 Joey Haar — January 2, 2017 — Art & Design
References: archdaily
Neue Direktion Köln was previously a railway office in Cologne, Germany. The rail is still an essential part of German infrastructure, but the railway office has since moved locations, leaving the historic building on Cologne's waterfront without a distinct identity. In order to better befit the technology company that now operates in the space, kadawittfeldarchitektur, the German firm behind the Neue Direktion Köln renovation, added a modern roof to the building, completely changing Cologne's Rhine River skyline in the process.

The new roof is constructed of series of stacked volumes that diminish as they rise. The general appearance is reminiscent of Mayan and Incan architecture, with the stacked pyramidal shape that was common among those cultures' temples.
0.9
Score
Popularity
Activity
Freshness