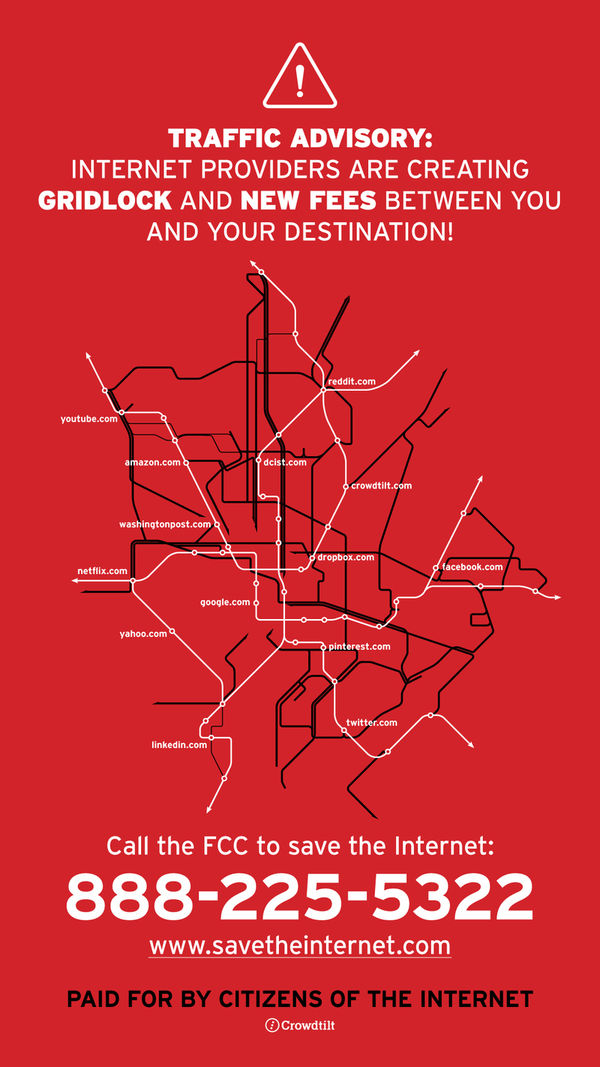 Instead of one giant poster near the FCC offices, many were placed in nearby bus shelters, making use of empty advertising space. The activist ads encourage people to call the FCC to complain about 'gridlock' and 'fees,' which expands on the original, simpler idea of 'don't mess around with the internet.'

FCC Chairman Tom Wheeler won't announce the outcome of the net neutrality vote for two more days, but the issue has been extensively argued for a month already. Wheeler even adjusted one of the provisions after corporate and public protest.
4.3
Score
Popularity
Activity
Freshness