Head-to-Toe Neon for Men
Next
Set of
Related
Ideas 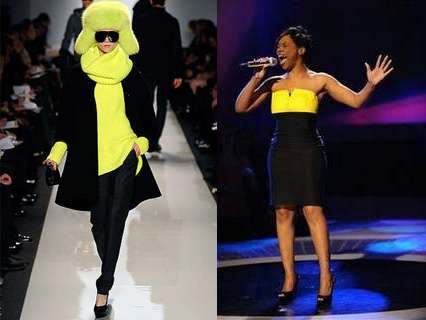 Neon Highlights Everything from Runways to American Idol

"You have great, great prospects on this show," Simon Cowell said of the American Idol contestant, while Randy Jackson added, "You kept your swagger on."

Maybe they were referring to her vocals, but for today, let's assume it was about the neon fashion.