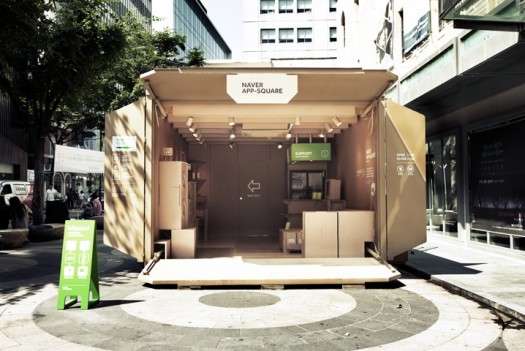 Naver App Square is a Cool Temporary Store by Urbantainer

Naver App Square, created for the South Korean search engine Naver, is actually a shipping container that has been converted into a giant cardboard box. According to PSFK, the designers at Urbantainer combined a metal shipping container with sheets of cardboard so that the end result looks just like a big, open cardboard package. Its exterior even mimics the look of a parcel and features a scannable QR code as well.