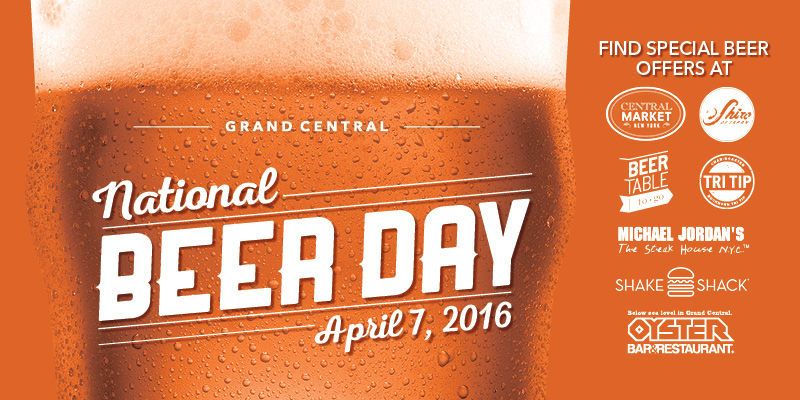 Katherine Pendrill — April 7, 2016 — Lifestyle
References: grandcentralterminal
Share on Facebook Share on Twitter Share on LinkedIn Share on Pinterest
New York City's Grand Central Terminal is celebrating National Beer Day 2016 with station-wide beer discounts. Although not an official holiday, National Beer Day marks the day in 1933 when President Franklin D. Roosevelt ended prohibition in the US. Now one of America's busiest commuter hubs is honoring the occasion by giving visitors a chance to grab a cheap pint.

In honor of the unofficial holiday, many of the shops and restaurants in Grand Central Terminal will be offering discounts on their most popular brews. For instance, Michael Jordan’s The Steak House N.Y.C. is offering complimentary tastings of the restaurant's many brews, including Goose Island Matilda, Goose Island Sofie and Stella Artois. Famed beer ambassador Peter Pallad will also be in the restaurant to provide information about each brew. For those interested in taking their pint to go, Beer Table is offering 20 percent off all take-away draft beers.