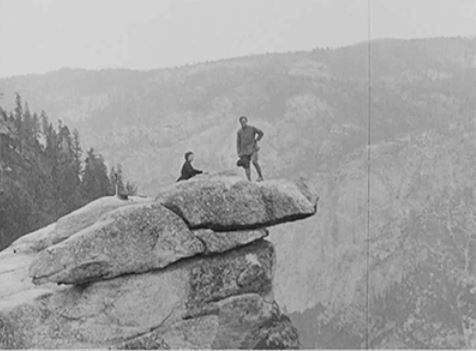 The National Archives and Records Administration is Collecting GIFs

Joey Haar — October 13, 2016 — Tech
References: giphy & theverge
Share on Facebook Share on Twitter Share on LinkedIn Share on Pinterest
The US National Archives and Records Administration is a repository for the history of the country, but that doesn't mean that the national archives themselves need to be caught in the past. As such, the National Archives and Records Administration, or NARA, is collecting many of their records in a popular medium for the internet age: the GIF.

In the online sphere, GIFs have become one of the most shared media. Their file sizes are small and the moving images are short enough that they're ideal for posting jokes and viral clips. Seizing on that popularity, NARA has published a small selection of its archives on the GIF-hosting site Giphy.

The GIFs in NARA's current collection include historical images, like the Beatles arriving in America, as well as more obscure clips, such as scenes from dating films made in the 1960s.
2
Score
Popularity
Activity
Freshness
Access Advisory Services