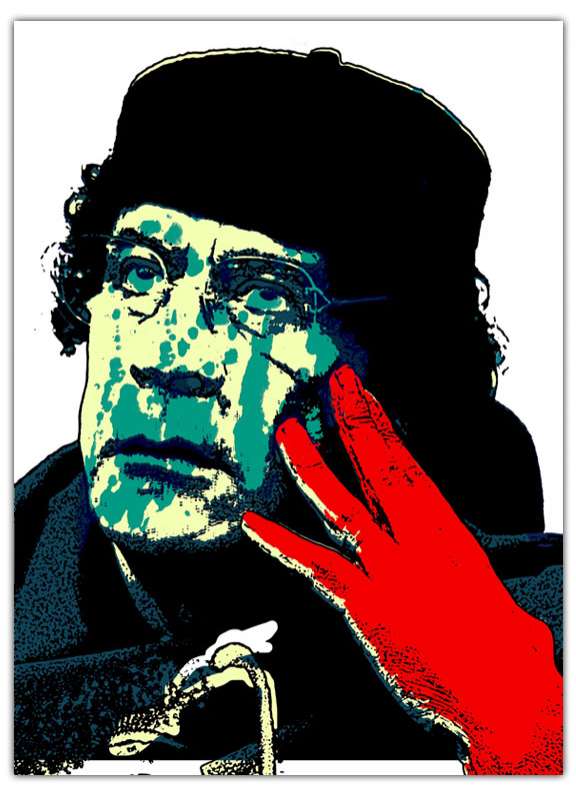 Though the conflict skirts categorization, what's now known as the 2011 Libyan Civil War effectively ended on Wednesday with the confirmed death of Muammar Al-Gaddafi, the so-called Brotherly Leader of Benghazi who ruled for 42 uninterrupted years. Named for Gaddafi's infamous love of Italy and its women, 'Arrivederci Gaddafi' is a series of color screen prints that depict the dictator in a curious, if not morbid light. Nathan Fuja's work is all hand-painted on torn, archival paper and provides unique insight into the mind of the often unapproachable tin-pot strongman. For now, one can only hope that Libya's transitional government steers the country in the right direction.
1.8
Score
Popularity
Activity
Freshness
Jeremy Gutsche Keynote Speaker