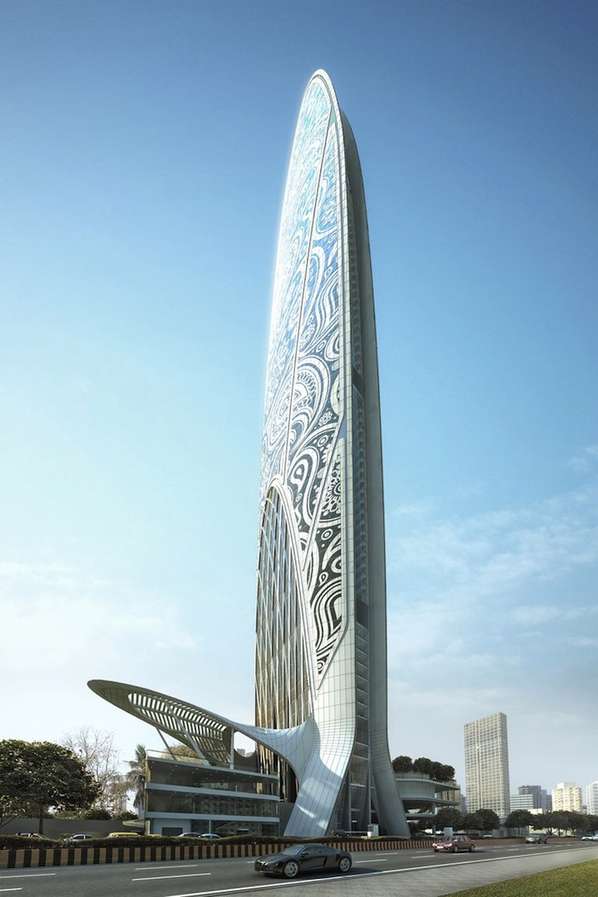 The Namaste Tower by Atkins Design Studio is Inspired by Hands

Meghan Young — October 4, 2012 — Art & Design
References: atkinsdesign & mymodernmet
The Namaste Tower takes its name quite seriously. Meaning 'I bow to you' in Sanskrit, the symbology behind the word has influenced the design of the skyscraper immensely. The Namaste Tower takes on a very spiritual existence by being modeled after the clasping together of two hands, which is what takes place during a traditional Indian greeting. To further the hand analogy, the Namaste Tower is decorated with an intricate skin that mimics Mehndi designs, which women often get on their hands for wedding ceremonies.

Designed by Atkins Design Studio for W Hotel, the Namaste Tower is located in the city of Mumbai. As the ultimate symbol of hospitality and welcome, it is a stunning addition to the Indian metropolis' skyline.
5.3
Score
Popularity
Activity
Freshness