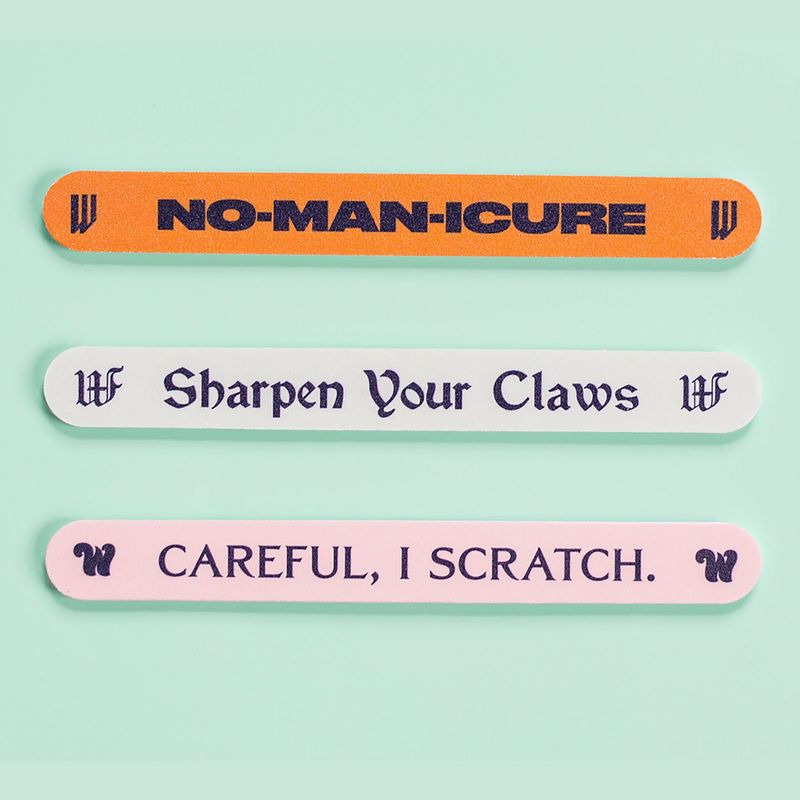 Jana Pijak — February 9, 2018 — Fashion
References: the-wing & shop.the-wing
The Wing's 'No Man-icure' nail file pack is a fun gift item with a marketing approach that is both female-focused and humorous. Consisting of three colorful nail files in yellow, pink and blue, the set boasts powerful quotes like "careful I scratch," "sharpen your claws," and "no-man-icure."

Known for its empowering business model, The Wing is a New York-based "network of co-working and community spaces for women" and recently gained attention for its release of 'No Man's Land,' a female-celebrating print magazine.

The company's fun manicure set references negative and sexist stereotypes and instead transforms them into a message of pride and empowerment. The clever nail file pack is sure to be an instant hit among Millennial women and boasts The Wing's cursive "w" insignia on all three pieces.