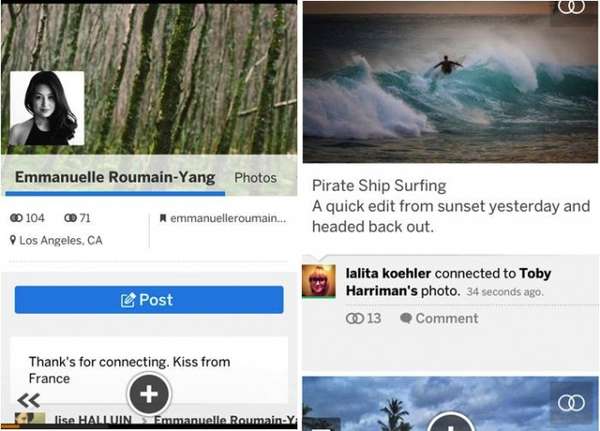 This Myspace App Attempts to Revive Myspace for iPhone Users

Misel Saban — June 14, 2013 — Tech
References: myspace & wired
Share on Facebook Share on Twitter Share on LinkedIn Share on Pinterest
In an attempt to revive the fallen Myspace social networking website, Myspace has released the Myspace app for iOS and iPhone users in hopes of attracting consumers back to its site. The Myspace app was created in conjunction with beta and iOS to specifically target the large amount of iPhone users.

With fusion of old and new design features, Myspace hopes to bounce back from its drastic fall in popularity in the early 2000s. The iconic 'Top 8' Myspace feature remains, but now users can better personalize, create and connect with people, songs and photographs.

Targeting the rise of popularity in GIF animations, the Myspace app allows users to create and share their own GIFs. Other note-worthy features include personalized radio station, musician's playlists and profile cover photos. Are all these new updates enough to get people back on the Myspace bandwagon? Only time will tell.
1.1
Score
Popularity
Activity
Freshness
Get Trend Hunter Dashboard