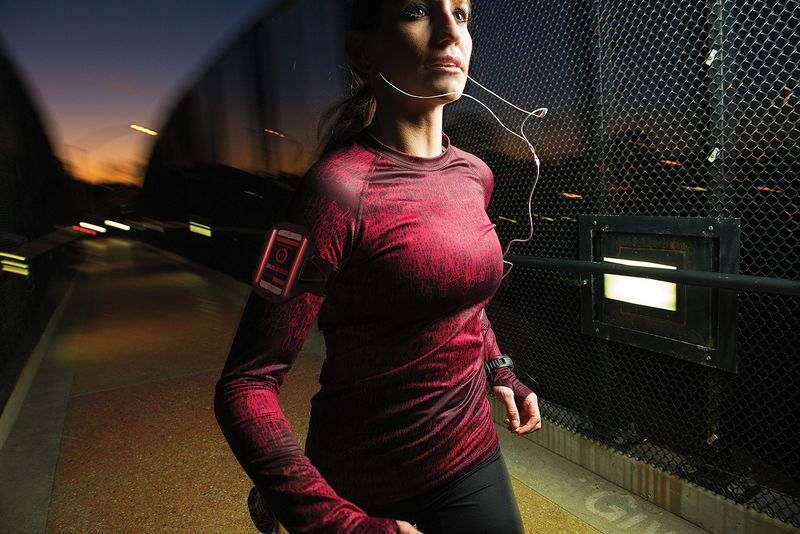 The 'MyGuard Sport' Wearable Armband Made Its Debut at CES 2016

Katherine Pendrill — January 6, 2016 — Tech
References: myguardsafety & mail.google
Share on Facebook Share on Twitter Share on LinkedIn Share on Pinterest
VOXX Accessories Corporation is at CES 2016 to announce the release of an innovative tech accessory called 'MyGuard Sport.' These days, a fitness tracker is a must have accessory for active consumers. Although these devices are useful for tracking one's progress, they do not help to keep consumers safe when exercising in the dark.

MyGuard Sport is a innovative fitness band that allows consumers to keep their mobile device on hand, while also offering protection against oncoming vehicles. The device itself is a luminous armband that can be used to hold one's mobile devices. Unlike other device holders, MyGuard Sport contains reflective LED bands that make the consumer visible in the dark. The highly visible bands can be set on seven different light modes, including steady, pulsing, blinking and emergency alert. The armband is also equipped with a panic alarm that can be activated in the event of an emergency.

The hands-free device holder ultimately provides consumers with a safer way to exercise outside at night.
2.2
Score
Popularity
Activity
Freshness
Get Better and Faster

Heritage-Inspired Boots
The Scout Boot By G.H. Bass Is Modeled After a Previous Style