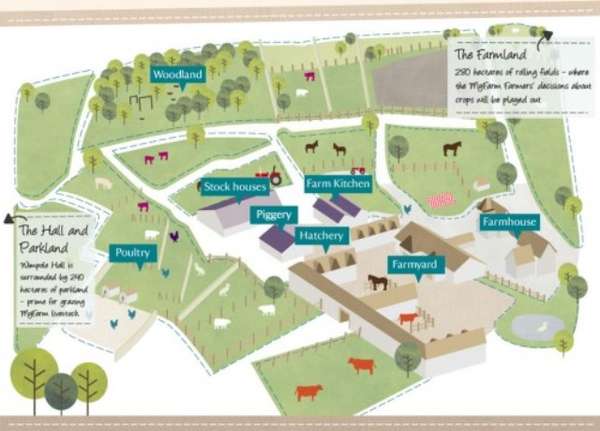 The MyFarm Project is a Real-Life Farmville

Michael Hines — May 7, 2011 — Social Good
References: my-farm.org.uk & neatorama
Farmville fiends now have the chance to live out their wildest dreams in reality with MyFarm. This revolutionary project uses crowdsourced input to run a real-world farm.

The MyFarm project is asking for 10,000 online farmers, each paying a one-time fee of $50, to make all of the decisions on the Wimpole Estate, a historic British farm that currently attracts more than 250,000 visitors a year. The project will let MyFarm members discuss and vote on how the farm is run, from choosing which livestock to raise to what machines to plow the fields with. The project is being implemented to help educate the British people on where their food comes from and exactly how it's made.

Like all good British things, I expect that the MyFarm Project will soon be brought across the pond and modified for an American audience. Be on the lookout for the MyFactoryFarm Project in the next year or two.