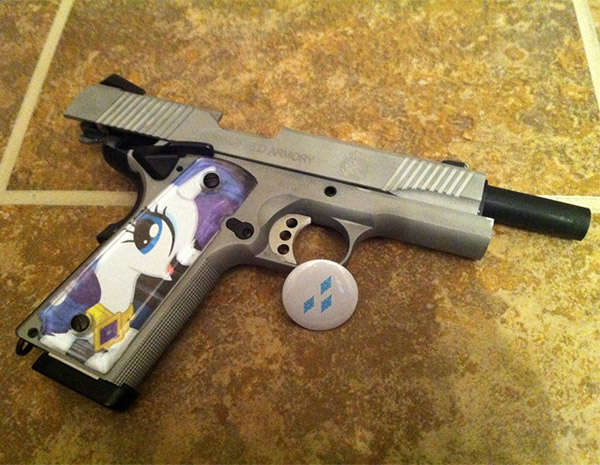 The semi-automatic was created by Springfield Armory, which features one of the beloved ponies Rarity on its grip.The lesson that my little pony franchise teaches kids is that 'friendship is magic.' In this particular case, friendship is magic until you cross your gun-toting, pony-loving friend. Despite the cute and cuddly design, which may seem harmless enough, I wouldn't suggest crossing whoever the owner of this pony-inspired shotgun is.

Whoever the owner is of the My Little Pony gun is probably a cuddly softie who wouldn't hurt a fly, right? That is until the fly ticks them off, then that might be another story entirely.