Music on the Road 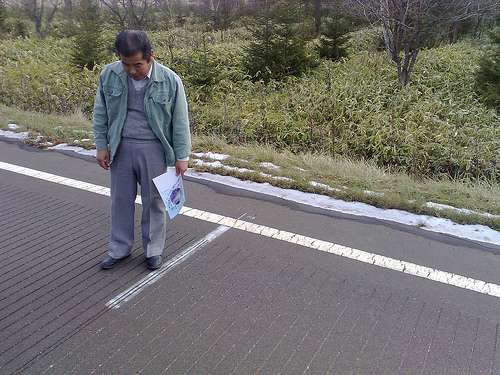 The members of the Hokkaido Industrial Research Institute, which work with cryogenic science and research under microgravity environment amongst others, scraped markings along three roads in central and northern Japan with exact distances between them to test if a car crossing by at a certain speed would generate a brief, simple melody.

Cars play the role of tuning forks to create different notes as they travel thru the 6-12 mm cuts.

The idea was developed by Shizuo Shinoda, who has directed the development of melody roads in Hokkaido, Wakayama and Gunma which play 30-second japanese pop melodies. How cool is that? No more sleepy drivers, no more non-iPod borings trips, your car and the road plays music for you.