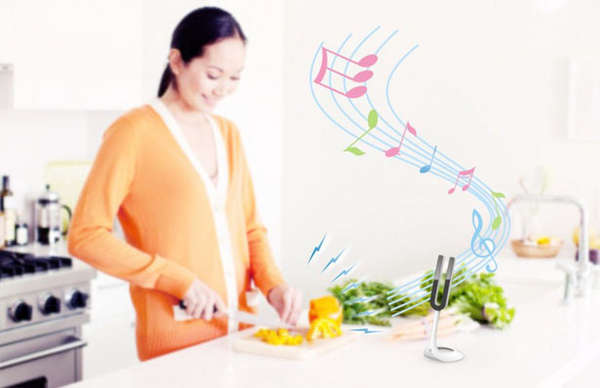 Music Yue Turns the Sounds of the City into Soothing Tunes

Michael Hines — July 3, 2013 — Tech
References: tuvie
Those who hate the sounds of the city, or sounds in general, are going to want to cross their fingers that the Music Yue goes from concept to reality. Designer Jiawei Huang envisions this futuristic tuning fork as a noise filter of sorts. It can either mute incoming noise altogether or convert it into soothing music.

Music Yue has a simple design and few buttons to fret over. It has only one knob, which when turned left or right can increase or decrease the music's tempo. Pushing the button down silences the noise completely. As more and more people move into cities, the demand for noise-cancelling devices such as this is bound to increase. Here's hoping Jiawei's design can convert bad music into soothing tunes.
2.1
Score
Popularity
Activity
Freshness