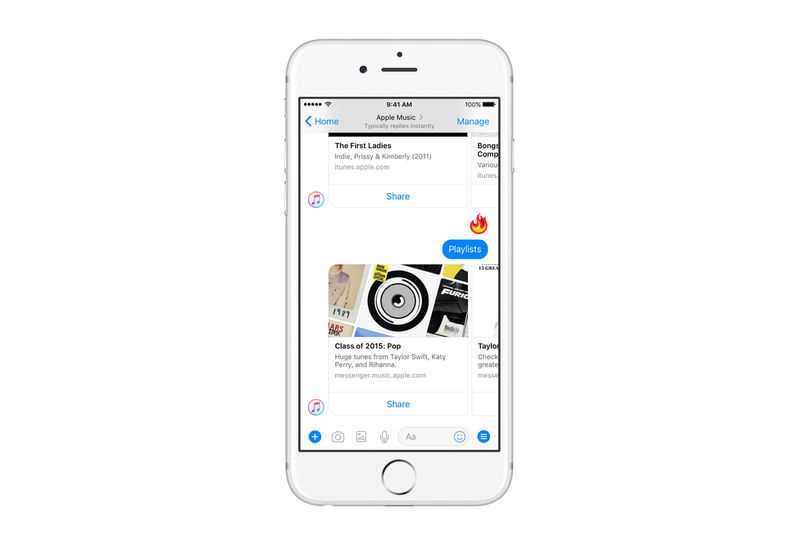 With the Apple Music extension in Messenger, Facebook users may interact with the bot, which will suggest playlists based on emojis sent. For instance, sending the fire icon to the bot will prompt the chatbot to send back a fitting playlist like 'It's Lit!'