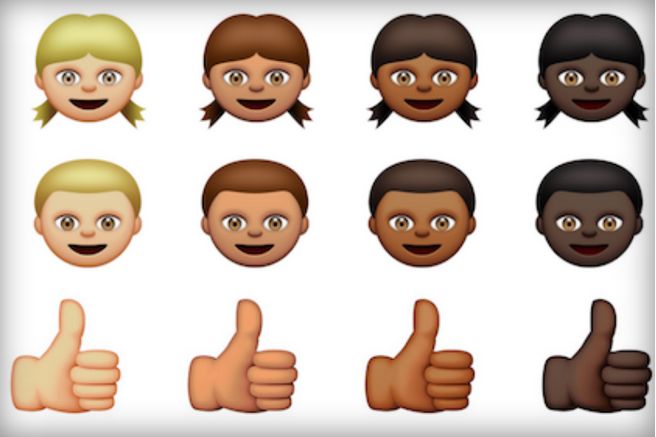 The updated keyboard will feature a skin modifying component, allowing users to change the skin tone of the character they wish to use simply by tapping and holding it. The skin tones were developed in accordance with the Fitzpatrick scale, a Unicode Consortium-approved dermatology standard. Along with ethnic diversity, the new keyboard features same-sex couples in the family category, along with couple's without children.

In total, there will be 300 new emojis included in the update. This might seem like an overwhelming amount, but considering the prevalence of emoji communication in today's texting culture, the new characters will be widely welcomed.