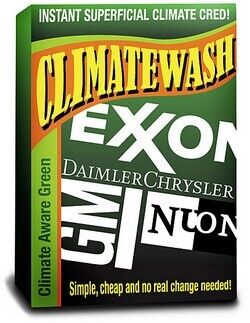 The video fires a clear message of distaste towards political and commercial greenwashers who lie, exaggerate or distort the truth in any other way in order to appear more sustainable than they really are.