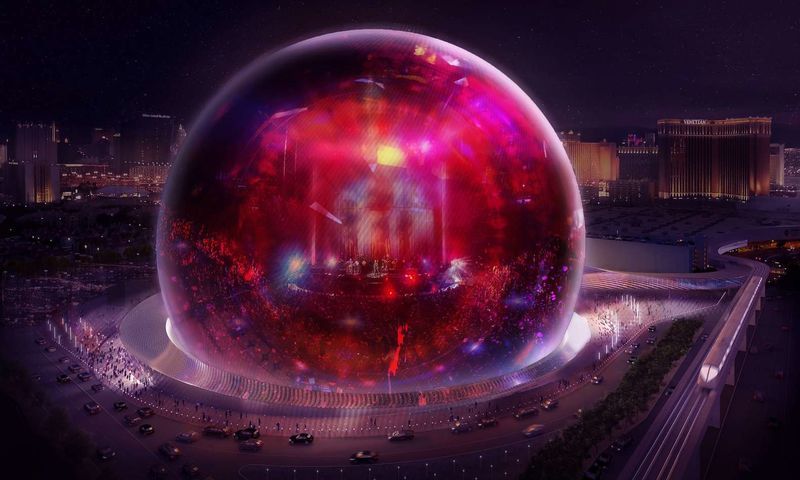 'MSG Spheres' are Planned for Las Vegas and London

Joey Haar — February 16, 2018 — Art & Design
References: archdaily
Share on Facebook Share on Twitter Share on LinkedIn Share on Pinterest
The Madison Square Garden Company, the brand behind the famous New York City arena, has announced the development of a new event venue concept it's calling 'MSG Spheres'. As the name suggests, the venues are spherical buildings that will engender immersive, three-dimensional visual experiences in concert with the performances and events that take place within them.

The MSG Spheres have been designed by Populous, an architecture firm operating out of Kansas City that is responsible for other stadiums and arenas like T-Mobile arena in Las Vegas and the O2 in Dublin. MSG Spheres are poised to be unique in the world of arena architecture, however. Concept images appear to show immersive light displays that project visuals in 3D, creating experiences that will rival the music and performances put on by the performers themselves.

There are currently two MSG Spheres slated to be built, in Las Vegas and London.