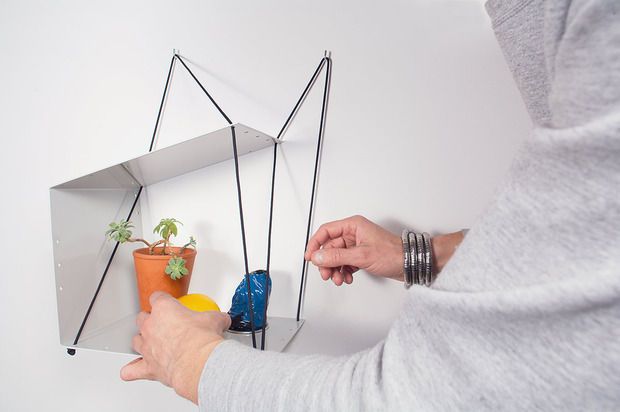 Altar by Mr & Mr is a Customizable Temple for Household Treasures

Meghan Young — November 11, 2014 — Art & Design
References: mr-mr.fr & coolhunting
Share on Facebook Share on Twitter Share on LinkedIn Share on Pinterest
Mr & Mr is a design studio based in Montpellier, France, and founded by Alexis Lautier and Pierre Talagrand. Preferring to label it as an independent editing house, Mr & Mr has created an unconventional and customizable shelving unit that is meant to be much more meaningful than other typical storage units. Described as a 'mini-temple' by Cool Hunting, it is a place to display true treasures in the home.

Secured to the wall with ropes and taking on a semi-closed silhouette, Mr & Mr's Altar, as it has been called, is available in three different models. Talagrand says, "We are not religious, but we think an altar is cultural and social and it somehow speaks to our contemporary, personal mythologies."
2.7
Score
Popularity
Activity
Freshness
Get Better and Faster