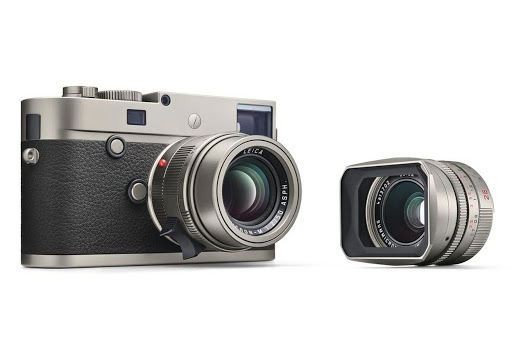 Joey Haar — September 19, 2016 — Luxury
References: us.leica-camera & theverge
Share on Facebook Share on Twitter Share on LinkedIn Share on Pinterest
The Leica M camera has been lauded as an excellent release from the well-known camera company, so Leica is releasing a limited-edition version, the M-P Titanium, for the well-heeled camera enthusiasts out there. Only 333 M-P Titanium cameras will be produced, leading critics at The Verge to speculate that the camera will likely cost tens of thousands of dollars.

Though expensive, the M-P Titanium backs the price up with sparkling features. Its hardware includes two gigabytes of buffer memory, a sapphire crystal LCD cover and a 24 megapixel full frame CMOS sensor.

While those specs are the same as the standard Leica M, the limited-edition version will be made from solid titanium (as its name suggests,) which should reduce the total weight by up to three ounces.
3.8
Score
Popularity
Activity
Freshness
Attend Future Festival