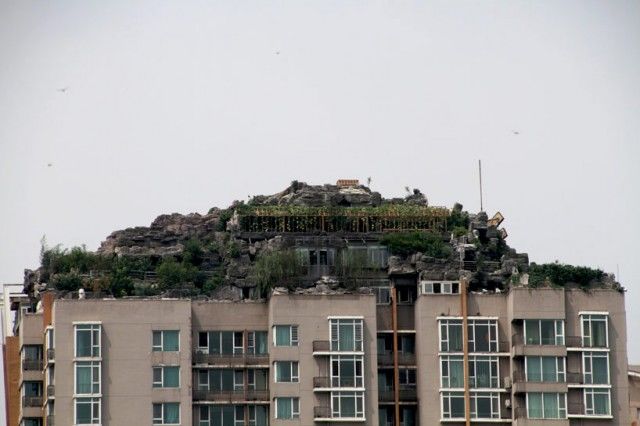 Meghan Young — December 2, 2014 — World
References: wherecoolthingshappen
Share on Facebook Share on Twitter Share on LinkedIn Share on Pinterest
A mountain top building made headlines around the world last year and for good reason. Doctor Zhang Biqing, resident in the penthouse of the apartment, transformed the traditional rooftop into a nature-inspired spectacle that is utterly stunning. Unfortunately for him, his work was ordered to by deconstructed by the city of Beijing, where it is located due to safety issues.

Costing him an estimated $4 million to complete, that is one blow not many people will be able to live down. Yet about demise of his mountain top building, Biqing says, "Now I realize it was a huge mistake." Nevertheless, it was allowed to be built in the first place, a fact that has raised many questions.
3.4
Score
Popularity
Activity
Freshness
Attend Future Festival Virtual