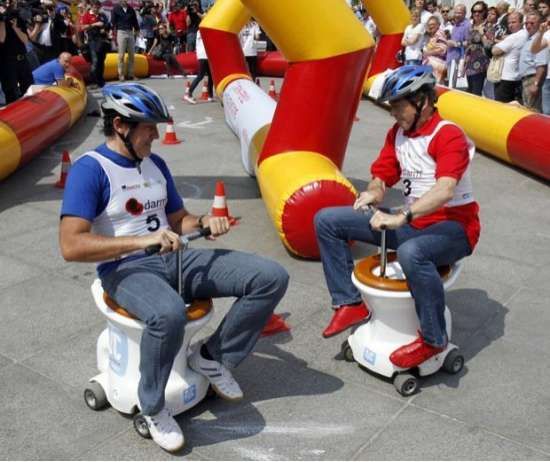 The event is held in Michaelerplatz Square, Vienna, and sets out to raise awareness and money for chronic Inflammatory Bowel Disease. It has the support of musicians, cabaret artists, comedians and celebrities, who agreed to participate in the eccentric race to attract attention to the disease, which affects over 80,000 Austrians.

Oddity Central says, "Usually it’s always about the fastest way to the toilet, but yesterday, people were more concerned about being the fastest on the toilet." This wacky and creative contest is a hilarious way to bring people out for an amazing cause. Perhaps if I started taking road trips on these motorized bad boys, I wouldn’t have to make so many stops.
3.1
Score
Popularity
Activity
Freshness
Access Advisory Services