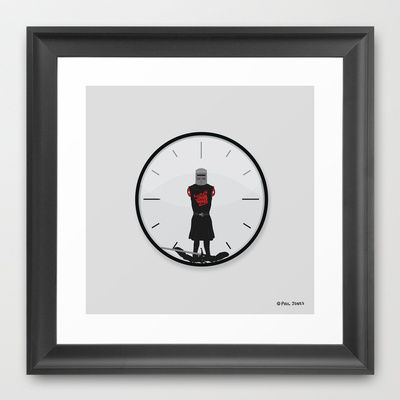 The Most Worthless Clock by Phil Jones Can't Tell the Time

Meghan Young — February 12, 2014 — Art & Design
References: society6 & neatorama
As far as clocks go, the Most Worthless Clock is aptly named. That is because although it looks like a clock, it isn't in fact one. Instead, it is a clever illustration that encourages people to think differently about time. Actually, it goes as far as to encourage people to cut off the hands of time in order to appreciate life on a different schedule.

Illustrated by art director, designer, artist and photographer Phil Jones, prints of the Most Worthless Clock is currently being sold at Society 6. Available on its own or framed, it comes in a variety of paper choices. The Most Worthless Clock depicts an armless medieval knight whose limbs are piled on the very bottom of the timepiece.
0.7
Score
Popularity
Activity
Freshness