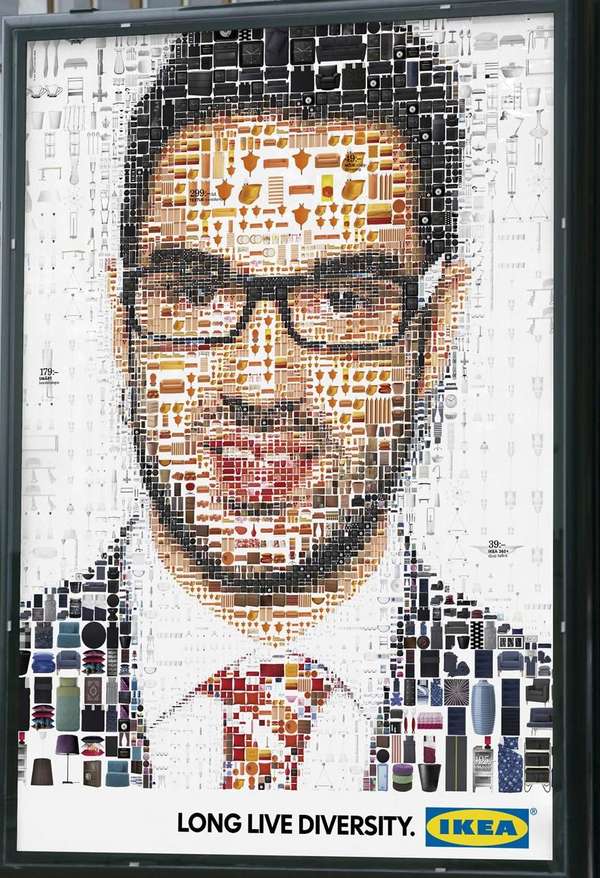 Ayman — December 3, 2008 — Marketing
References: coloribus
Share on Facebook Share on Twitter Share on LinkedIn Share on Pinterest
Remember the Steve Jobs mosaic that went viral earlier this year which had his face created with Apple products? Well, it was bound to happen that ad agencies would jump on the idea. We’ve already seen Wonderbra billboards that use images of over 8,000 women, but IKEA stays true to the Jobs concept by having ads with faces of people made from mosaics of IKEA products.