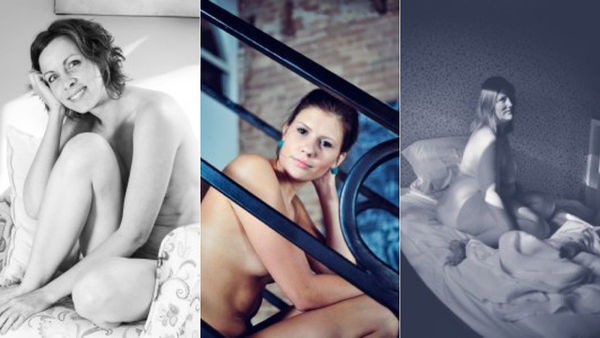 Vasiliki Marapas — December 1, 2013 — Fashion
References: mormonwomenbare & jezebel
Mormon Women Bare All is a new project headed by Katrina Barker Anderson, a member of Church of Jesus Christ of Latter Day Saints. She invites other female members of the church to pose nude in order to challenge the conservative views posed by the Mormon religion on the female body. Baker hopes that taking a positive, body-affirming stance will make an impact on the severe views of the LDS.

Baker explains that the Mormon religion further complicates the already-intricate relationship women have with their bodies, which are simultaneously sexualized and policed. She says, “We must both attract and protect against male desire. Even though Mormonism teaches us our destiny is to become like our embodied Heavenly Parents, the hyper-focus on modesty leaves many of us feeling disconnected and ambivalent about our bodies.”

The end result is a powerful reinterpretation of the conjunction between religion and sexuality.
6.9
Score
Popularity
Activity
Freshness