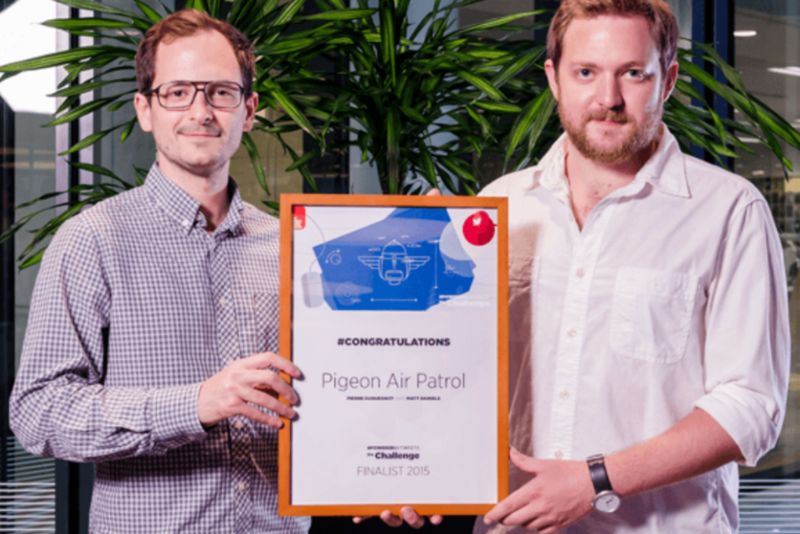 Cadhla Gray — September 24, 2015 — Art & Design
References: creative.twitter & psfk
Share on Facebook Share on Twitter Share on LinkedIn Share on Pinterest
The winners of the #PoweredByTweets contest designed a unique idea that would have sky-flying pigeons essentially live tweeting statistics found while monitoring air quality. Each pigeon would be suited up with a miniature backpack that measured carbon monoxide and nitrogen dioxide levels in the air. These numbers would be tweeted in real time to promote awareness of our environment's suffering atmosphere.

'Pigeon Air Patrol,' while strange, is in fact plausible. Of course, the pigeons wouldn't have their own bird-friendly smartphones, rather the measurement tools used for monitoring air quality would automatically send the information to a receptor which would tweet out the statistics.

Imagined by Matt Daniels and Pierre Duquesnoy, their creative idea fit the contest's mandate of solving a problem by using Twitter. Pigeon Air Patrol, along with the other winning entries, is being showcased during the London Design Festival.
1
Score
Popularity
Activity
Freshness
Access Advisory Services