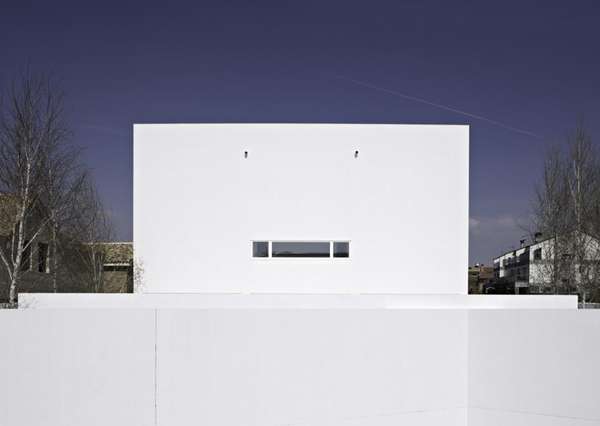 Alberto Campo Baeza's Moliner House is Built for a Poet

Meghan Young — February 1, 2012 — Art & Design
References: campobaeza & contemporist
Share on Facebook Share on Twitter Share on LinkedIn Share on Pinterest
The Moliner House takes on the pristine shape of an alabaster box. Featuring all clean lines and a minimalist attitude, this residential structure is like a blank canvas just waiting for a splash of paint to be thrown on it. Nevertheless, the simplicity of the Moliner House, which is shaped by its silhouette as much as its pale monotone palette, really makes it stand out.

Designed by Alberto Campo Baeza, the Moliner House is located in Zaragoza, Spain. Built for a poet, the Moliner House was made for "dreaming, living and dying," as the designers state. For dreaming, they constructed a glass-enclosed library at the topmost part of the abode that lets in a lot of natural light. For living, a garden exists on the ground level. And for dying, the sleeping area was placed in the basement.
2.4
Score
Popularity
Activity
Freshness
Jeremy Gutsche Keynote Speaker