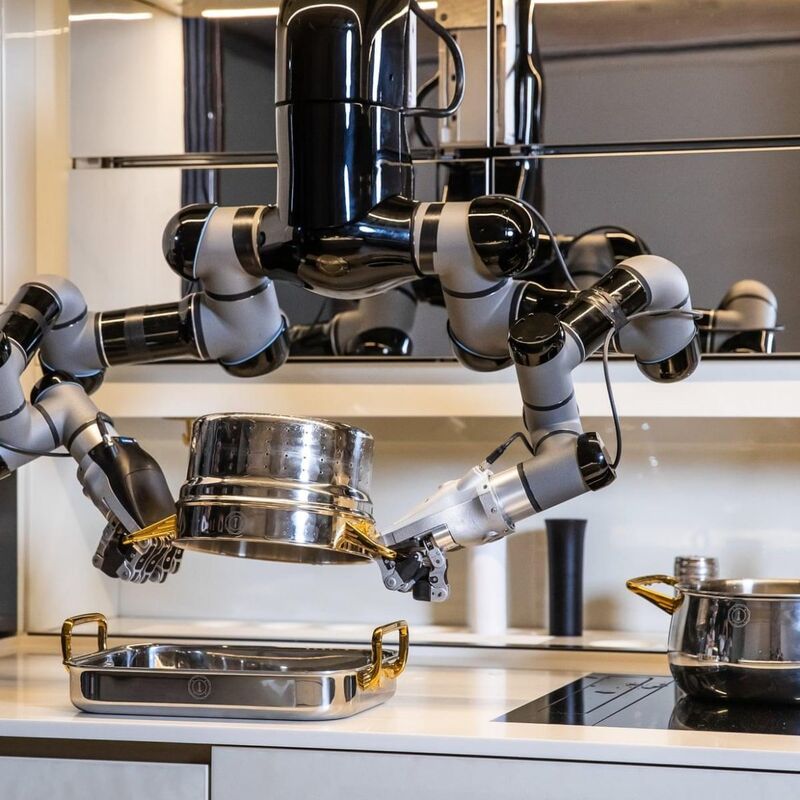 The Moley Kitchen Robot Cooks and Cleans Up Afterward

Laura McQuarrie — December 7, 2020 — Art & Design
References: moley & luxurylaunches
Share on Facebook Share on Twitter Share on LinkedIn Share on Pinterest
The Moley Kitchen robot boasts the ability to cook up to 5,000 recipes—and clean up after itself. The robot was created by Russian mathematician and computer scientist Mark Oleynik with the aid of Tim Anderson, a culinary innovator and winner of the 2011 BBC MasterChef series. The deign of the robot includes two fully articulated hands that mimic human movements, which makes it possible for the bot to fetch ingredients from the fridge, adjust temperature dials, as well as fill, pour, mix and plate.

Even before the pandemic, restaurants were beginning to experiment with robot-run kitchens but now the potential to reduce cross-contamination between people has taken on new meaning for the safety of staff and guests.