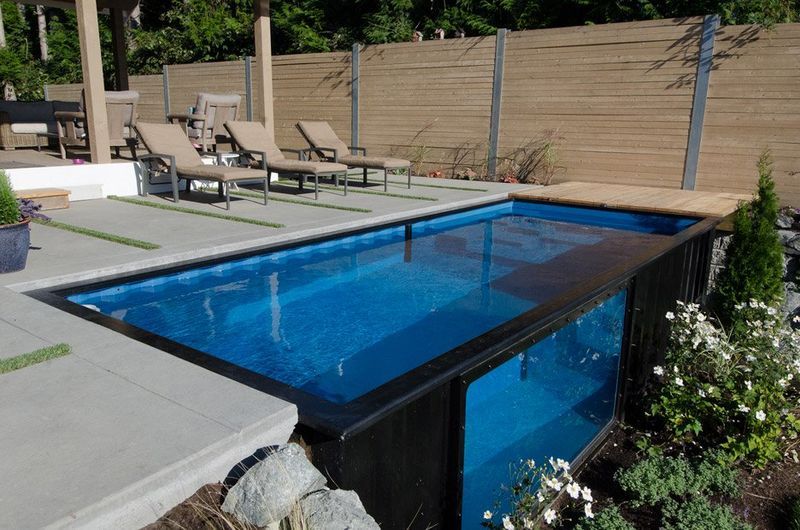 Joey Haar — May 3, 2017 — Art & Design
References: modpools & dezeen
Share on Facebook Share on Twitter Share on LinkedIn Share on Pinterest
Modpools, a company based out of British Columbia, Canada, has discovered a unique and playful use for shipping containers that outlived their time in industry. Rather than sending those giant aluminum cans to the scrapyard, Modpools realized that their volume might have a purpose in another walk of life -- or rather, another swim of life. The company builds above-ground pools and jacuzzis out of shipping containers that were used to send cargo to North America from China.

The process itself is both environmentally and economically efficient. Modpools purchases used shipping containers from a supplier in China, and that suppliers sends the containers over filled with other cargo for other orders. Once on the other side of the Pacific, Modpools makes the necessary modifications and installs the pools in homes around the west coast.
6.3
Score
Popularity
Activity
Freshness
Get Better and Faster