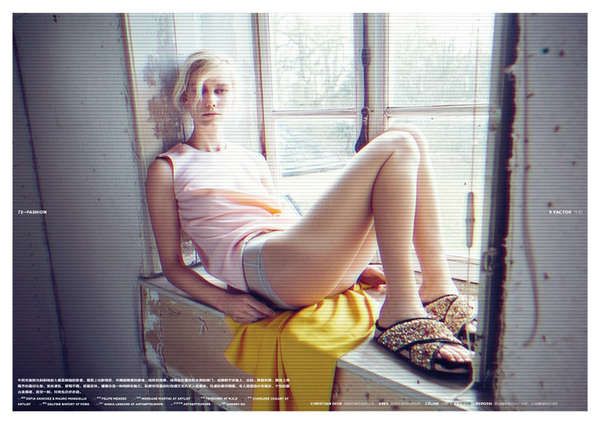 Meghan Young — April 7, 2013 — Naughty
References: modernweekly & fashiongonerogue
Share on Facebook Share on Twitter Share on LinkedIn Share on Pinterest
There is a seedy vibe to the Modern Weekly China 2013 editorial, which is due in large part to the filter used over some of the images. Subtly lined, it gives the impression that the reader is viewing the photoshoot through a video camera. This voyeuristic approach is at once thrilling and naughty, which will surely excite people as much as the casually sexy outfits will.