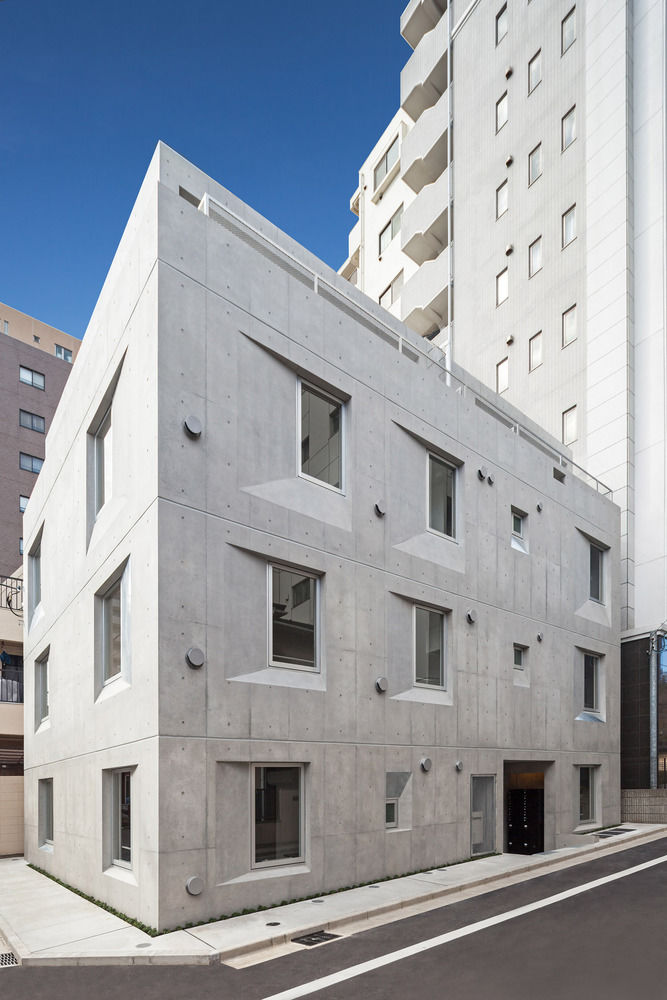 Joey Haar — July 4, 2017 — Art & Design
References: archdaily
Share on Facebook Share on Twitter Share on LinkedIn Share on Pinterest
'Modelia Days,' an apartment building in Tokyo near the historic Gokokuji temple, plays off of a classic artistic technique known as forced perspective. In painting, artists would use angled lines and foreshortening in order to give their works the illusion of depth — a practice that gained widespread use and became one of the key aspects of mimetic painting during the Renaissance. Modelia Days has no need for foreshortening (since its a real, three-dimensional building with actual depth,) but its architects still used the technique in designing the windows.

The building's windows are set slightly into it concrete facade, and the built-in square frames that secure them are offset from the edge of the surface. The degree to which those windows are offset varies depending on the window's position, giving the whole building a foreshortened appearance when viewed from the correct angle.
1.6
Score
Popularity
Activity
Freshness
View Innovation Webinars