Wearing Your Vote Stealthly
Next
Set of
Related
Ideas 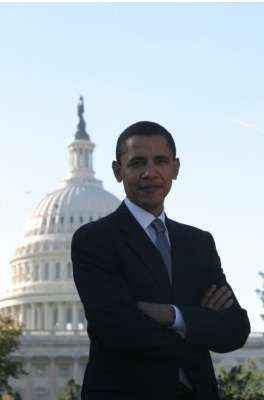 Sandra Winn — November 1, 2008 — Social Good
References: nationalmockelection.org & msnbc.msn
Share on Facebook Share on Twitter Share on LinkedIn Share on Pinterest
Several mock elections have shown that students favor Barack Obama over John McCain as the next President of the United States. If the results of mock student presidential elections are correct, as they have been in the past, then Barack Obama may very well win his bid for the presidency.

Many American students are involved with the National Student/Parent Mock Elections. Over the past three elections, this mock election voted for the same president as chosen by constituents. Thus far, though the results of the mock election are preliminary, Barack Obama is leading by an outstanding margin. If the trend towards “voting” for Barack Obama as president continues over the weekend and into Tuesday, the outcome will remain the same.

It isn’t just the National Student/Parent Mock Elections that can boast in having picked past Presidents. Students who have signed up for a smaller mock election over the years, held by ”Weekly Reader Magazine”, voted for the President of the United States correctly 12 of 13 times. Their results are the same as the larger mock election, an overwhelming majority of which voted for Barack Obama.

National and independent polls across the nation are showing the presidential race tighten between the Barack Obama/Joe Biden and John McCain/Sarah Palin tickets. However, both mock elections picked President George Bush over John Kerry in 2004 despite the polls being even closer.  Moreover, they were even correct in predicting George Bush over Al Gore in 2000 which was tighter yet.  Remember?  Gore won the popular vote, but Bush won the presidency due to capturing the electoral vote.

It will be extremely interesting to see not only if the mock elections above determine 2008’s President of the United States, but if the newly added Global Election Website, If The World Could Vote?, can relish in the outcome because Barack Obama has a majority of the votes there too.

If the presidential mock elections are correct, their organizers and participants would achieve ultimate bragging rights because, should Barack Obama win, he will be the first Black person ever elected to the highest office in the United States of America—which would be a major historic event.
4.5
Score
Popularity
Activity
Freshness
Attend Future Festival

Celebrity Mock PSAs
Your Vote, Your Choice by Hayden Panettiere