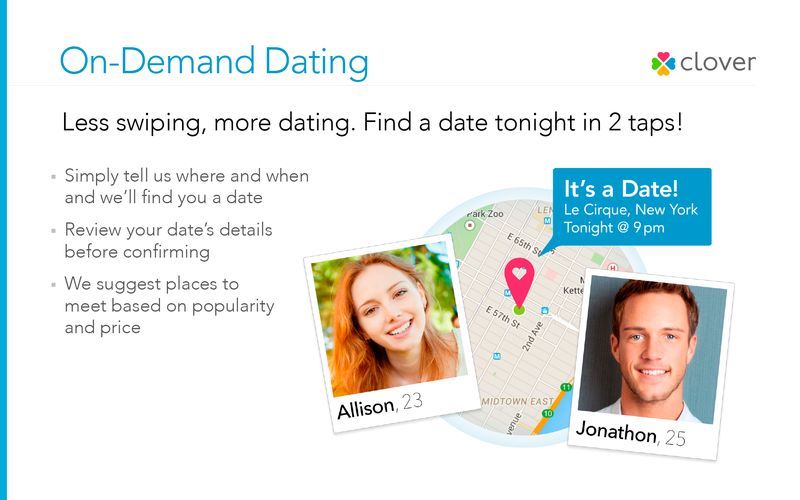 Laura McQuarrie — November 14, 2014 — Tech
References: clover.co & itunes.apple
Share on Facebook Share on Twitter Share on LinkedIn Share on Pinterest
Clover is a new mobile dating application that's been described as a mix that falls somewhere between OkCupid, Tinder and HotelTonight. But now, with the 3.0 update that's coming to Clover before the end of the year, the app is boasting an entirely new way to meet people through "On-Demand Dating," which involves less swiping and more face-to-face interaction.

The app is set up to be as simple as possible, so that you can find a date in just about two taps, connecting people who are genuinely interested in meeting someone new. By telling the app where and when you'd like a date, the On-Demand Dating feature will make suggestions based on rating and cost. Clover's CEO Isaac Raichyk reports that "Our new on-demand service will find people that actually want to meet you and you’ll be able to find a date as easy as it is to order a pizza or a cab."
2.5
Score
Popularity
Activity
Freshness
Get the 2021 Trend Report FREE