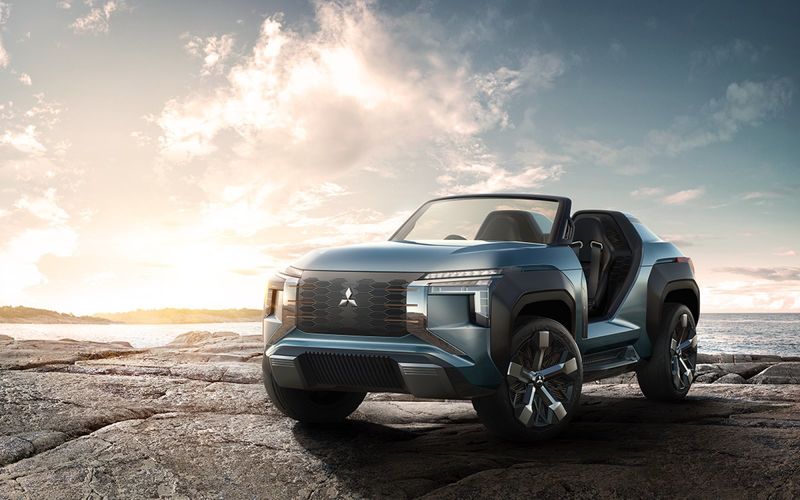 Daniel Johnson — October 28, 2019 — Autos
References: mitsubishi-motors & engadget
Mitsubishi recently revealed its MI-TECH Concept at the Tokyo Motor Show, and the car is a plug-in hybrid version of an SUV. Constructing prototypes allows the auto manufacturer to experiment with different technologies that it could incorporate in future vehicles. For this prototype, Mitsubishi included a windshield with an AR display that can show traffic updates. Additionally creating the MI-TECH Concept allows the company to experiment with plug-in hybrid technology for SUVs.

The MI-TECH Concept has the appearance of an offroad vehicle, which can be seen through the fact that the car does not have doors or a roof. The company spoke about the design decisions that were made to produce the vehicle, and stated that it was, "designed to be a dynamic buggy-type vehicle that embodies the very essence of Mitsubishi".