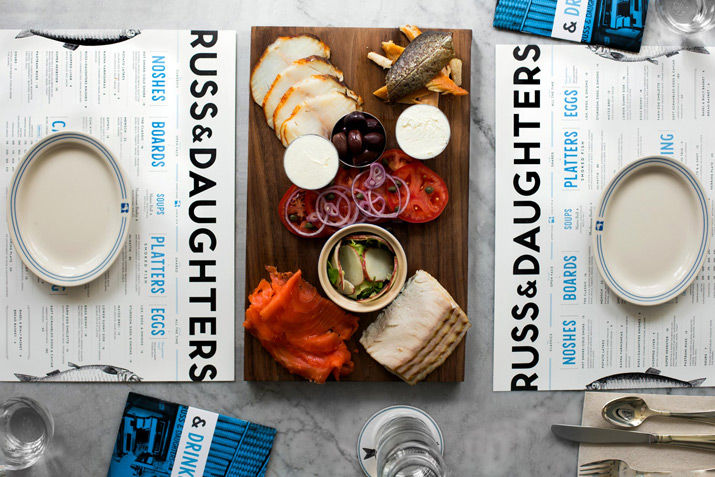 This Minimalist Branding Identity is Welcoming and Attractive

Designed by Kelli Anderson, the minimalist branding identity for the latest store of the bagel-and-lox-institution included everything from menus and packaging to signage to the exterior facade and wallpaper.

Feeling lucky to have been asked to take on the visual transition of such an established eatery, Anderson was inspired by Russ & Daughters’s impressive 100-year-old past.

“As their graphic designer, I got to indulgently reflect at length on the memory-making presence of the old shop, consider its meaning, and try to make the new space equally special,” says Anderson.