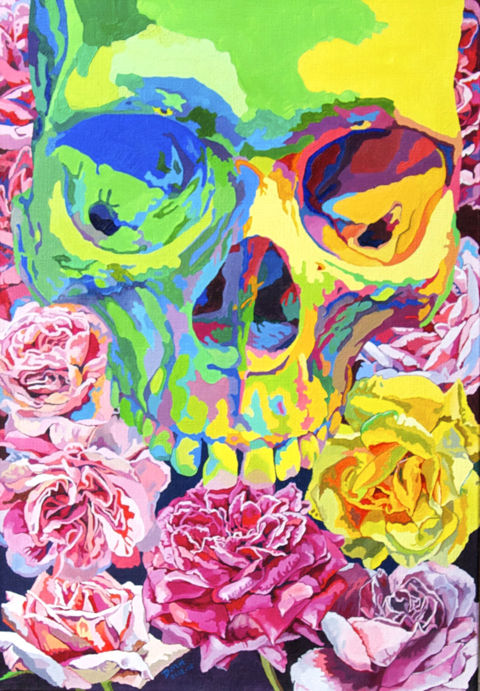 Though he works predominantly in print, the artist also experiments with painting, engraving and art installations. Naming Gerard Richter as one of his greatest influences, the illustrator creates vivid compositions that are reflective of his thoughts.

Exploring themes of life and death, Minghao Dong captures abstracted color combinations on a canvas. These eye-catching compositions are accented with individual or multiplied skull images that are reminiscent of Andy Warhol's famed graphics from the 60s.
4.4
Score
Popularity
Activity
Freshness