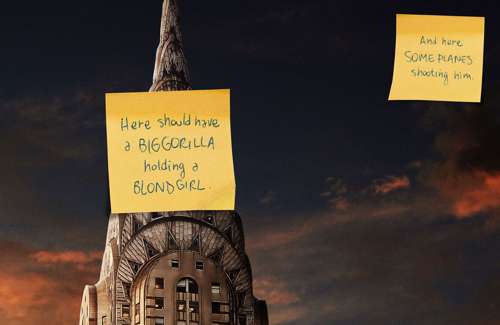 Amelia Roblin — September 13, 2012 — Pop Culture
References: yeahcom.br & adsoftheworld
Share on Facebook Share on Twitter Share on LinkedIn Share on Pinterest
The concept behind this Mindset Films campaign is a straightforward one, reminding people that it often isn't enough to simply come up with an idea and have it, alone, impress people. Advertising a production studio specifically, this series of three prints demonstrates how, in this industry, a good story needs talented people to tell it.

The first of the ads features the Chrysler Building in New York, the second is a shot of the moon and the third is of an empty ocean at night. They're meant to be the settings of King Kong, E.T. and Titanic, but there are no characters or props to be found. The Yeah! agency based the Mindset Films campaign around the use of sticky notes in place of developed ideas, complete images and even full-blown actors and sets.
2.1
Score
Popularity
Activity
Freshness
Attend Future Festival