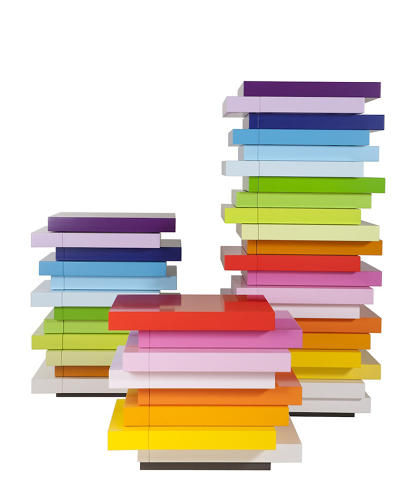 The Mille-Feuille Storage Series by Emmanuelle Moreaux is Colorful

Meghan Young — November 15, 2013 — Art & Design
References: emmanuelle.jp & fastcodesign
Share on Facebook Share on Twitter Share on LinkedIn Share on Pinterest
The Mille-Feuille Storage Series looks like something that would have been found in Rainbow Brite's bedroom, if she were a real child. Instead, it can belong in a fan of Rainbow Brite's bedroom. What at first appears to be a stack of thin colorful blocks is in fact a chest of drawers that functions quite like a traditional one in spite of its design.

Designed by Emmanuelle Moreaux, a French designer based in Tokyo, Japan, the Mille-Feuille Storage Series seems to have been modeled after the Sugamo Shinkin Bank, which was constructed last year. Created for German furniture maker Schönbuch, it was inspired by the idea of colored sheets of paper thrown into the air.
1.6
Score
Popularity
Activity
Freshness
Attend Future Festival